I am finally posting Halloween pictures in January. I bet anyone who used to look at my blog as stopped by now assuming that I gave up. In my defense, it has been a very busy couple of months. By now most people have seen these pictures elsewhere, but I had to post them myself anyway. Here is what I wrote back in early November, but didn't publish until now:
So Jimmy jumped on the Burch Jerk Bandwagon once again and did a group costume along with the Speier family. They all went as the characters from Peter Pan and it was pretty stinkin adorable. Some of the adults got in on the fun as well.
The Darling Family 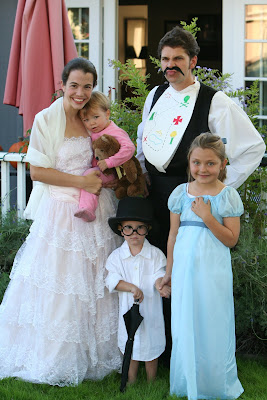 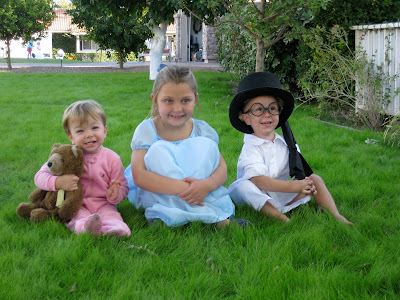 "I want my mother." -Michael Darling
I thought Jimmy was actually sad until I realized that he was just pretending because he wanted me to sing "Your Mother and Mine" to him. I guess we have a little actor on our hands...
Go figure. 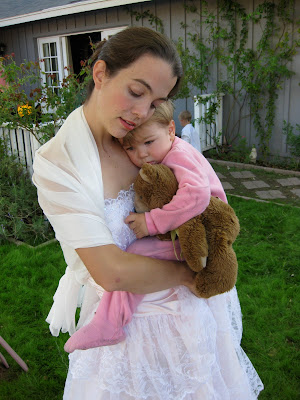 He was so obsessed with his pink jammies for awhile which I thought was cute, but Zach didn't like much...
they are hidden at the moment. 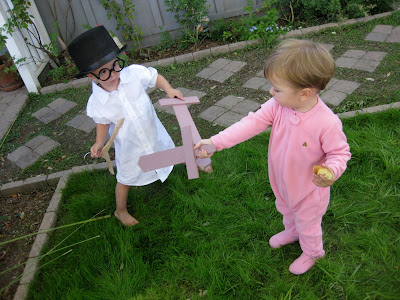 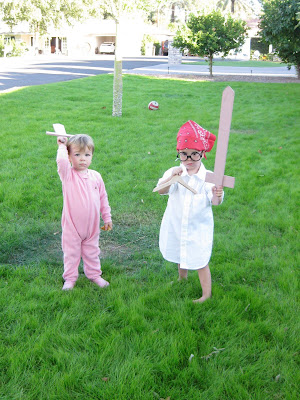 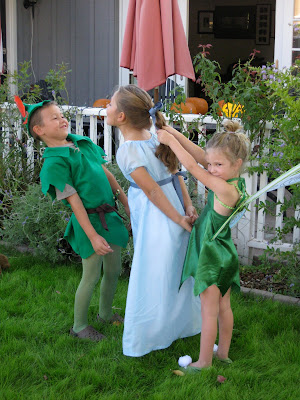 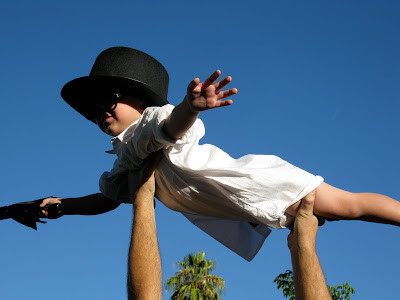 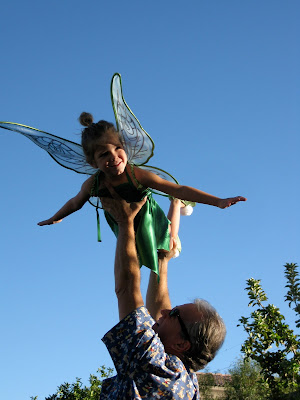 I think Jimmy really thought he was flying. The smile in this picture only partly captured the moment. 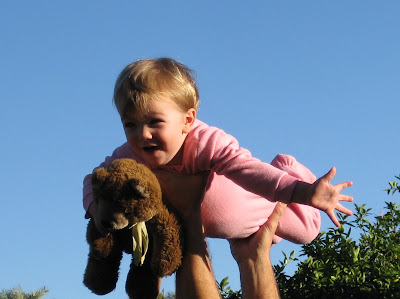 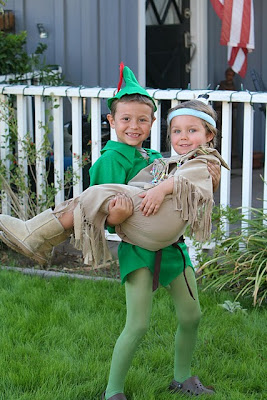 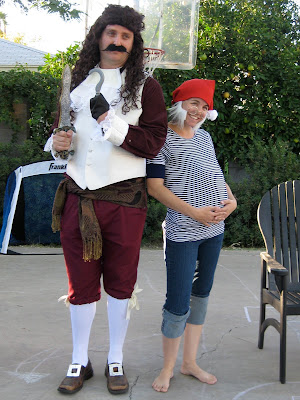 My Pumpkin Punch smoking. It scared the kids too much to drink it...
maybe I should have put the rum in after all. 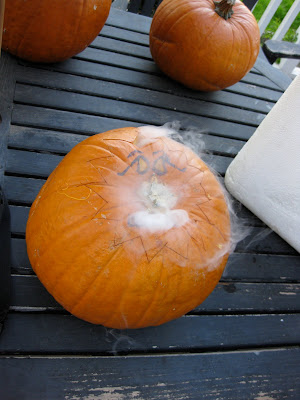 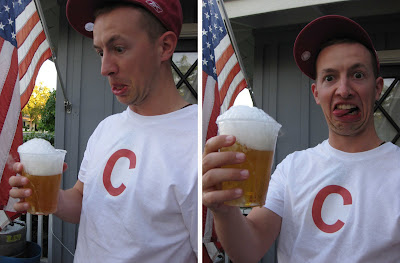 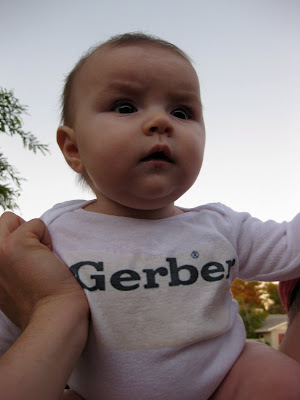 I had to put this one in because I loved the tongue. 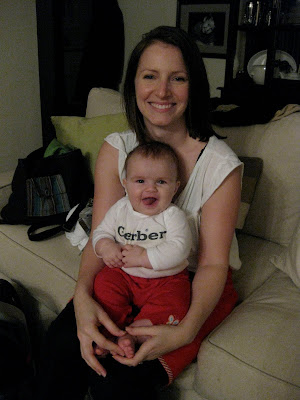 And I just had to show one shot of the buttons on Jimmy's bum.
(I had to add those) 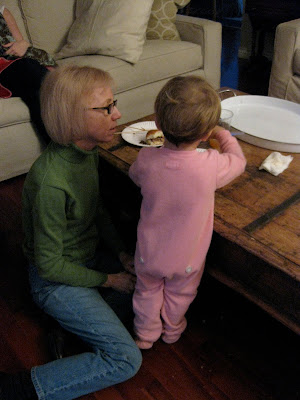 This was my back-up costume in case it was as hot as last year- Indian Michael.
I just wish I could have gotten the face paint on him for the picture. 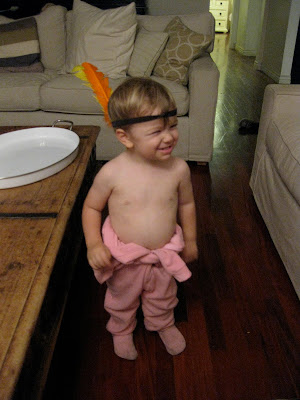 Me and my grumpy husband... What a good sport Zach is.
(By the by, the shirt front is an exact replica of the one in the movie...
I should sell it on Ebay) 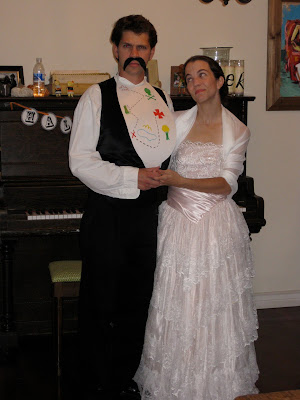 These boys were not so into Trick or Treating yet so this is how they spent most of the time. They made it to a few houses though. Jimmy just wanted to double fist his candy the whole time. He didn't even ask to eat it, he just wanted to hold it. So much so he wouldn't let go of it to go receive more. I had to pry them from his hands so he could go to the next house. He ended up with two melted Snickers inside the rappers that I hid from him so he wouldn't ask to eat them. I think he ate one piece of candy the whole night. This will surely be the last year of that. 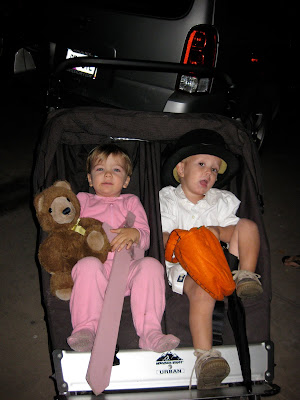 The end of the night- watching what else, but Peter Pan. 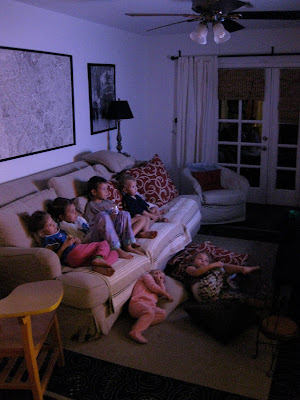 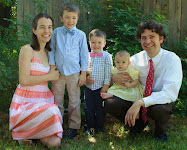